Her research work on African and Afro-Brazilian aesthetics began in 1990 and between 1995 and 2000 he studied metal engraving in the workshops of the Museum of Modern Art in Bahia.

Contrary to some of the fundamentals that guide the production of engraving, Eneida’s print runs abdicate the rigors of zeal regarding the definition of printing and its invariability to produce textures and discontinuities that allow the inflection of objects under the incidence of light, as well as suspend the use of the number as a function of quantification and limit, thus suppressing the concept of series but preserving the serial effect resulting from its juxtaposition. The specular nature of the print, this turning of the image, at the origin, to make it what it is, in the after, presides over the construction of the whole sense of the work, in which every turning, produces a visit to its reverse.
He has already received awards such as the XXIV Hall of the Museum of Modern Art of Bahia MAM-Ba in 2007, had several publications and participations in residences. He has participated in exhibitions in Brazil and abroad since 1992, when he began to develop a work with tools of the liturgical use of Yoruba Candomblé that gave rise to his series “Transe”. 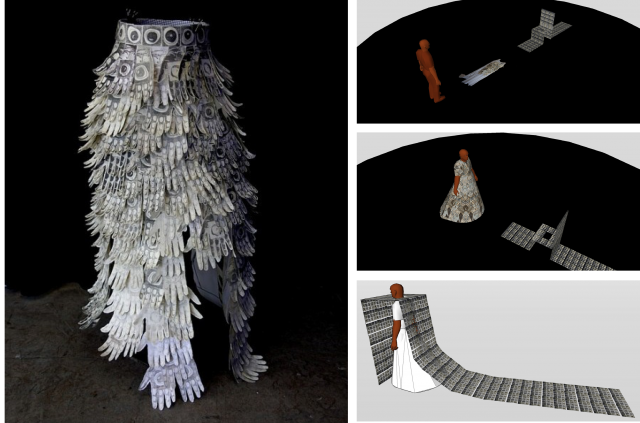